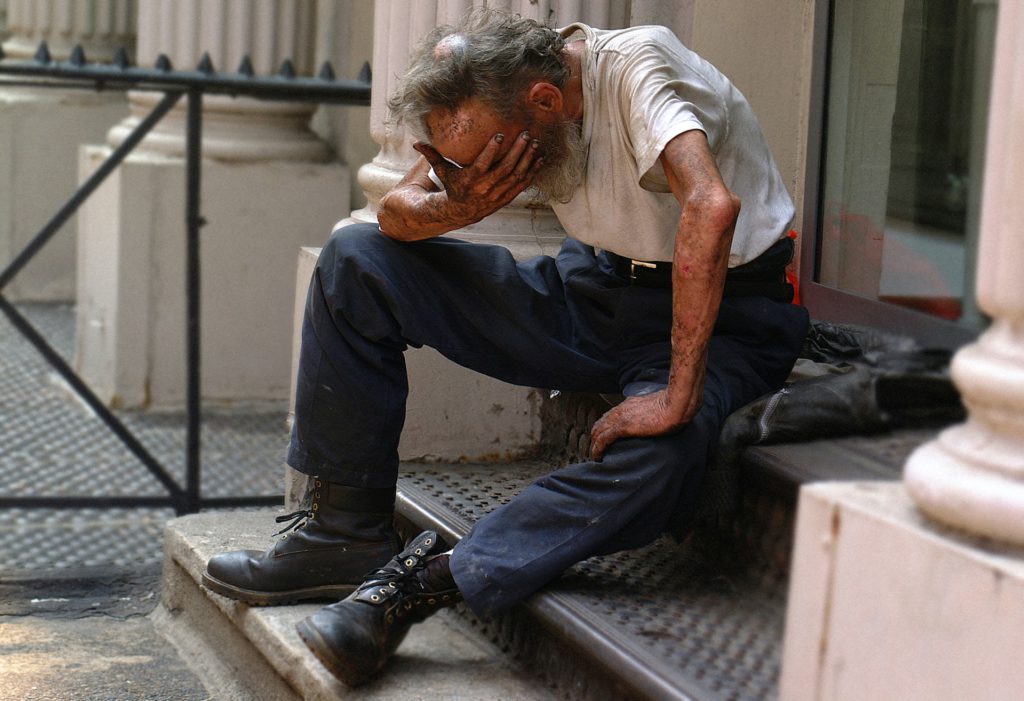 Why Do Veterans Have a High Need for Alcohol Treatment?

Men and women who have served in the military suffer higher rates of alcohol abuse and addiction compared with the general population. A national survey shows that, compared to their non-veteran counterparts, veterans are more likely to use alcohol(56.6% vs 50.8%) and to report a heavy use of alcohol (7.5% vs 6.5%) in a 30-day period. There are many reasons veterans abuse alcohol and have a high need for alcohol detox and rehab treatment, such as post-traumatic stress disorder (PTSD) and injury from combat.

If you or a loved one is a veteran who may have a drinking problem, please know that many treatment centers fully understand the link between military service and alcohol addiction, and are willing to help. Here’s more about veterans and alcohol use.

Facts and Statistics on Veterans and Substance Abuse

What Is PTSD, and What Are the Symptoms?

PTSD is a disorder that some people may develop after experiencing a shocking, scary, or dangerous event, such as war. Fear, anxiety, and stress are common reactions people may experience after such events. While most people recover from these symptoms naturally, some may continue to feel frightened or stressed when they are no longer in danger. These continued feelings usually lead to the diagnosis of PTSD.

War veterans aren’t the only category of people who can develop PTSD, though PTSD rates do tend to be high in this population. Other events that can lead to PTSD include car accidents, physical and sexual assault or abuse, natural disasters, terror attacks, mass shootings, and even the sudden or unexpected death of a loved one. In every 100 people, an estimated 7 to 8 people will likely experience PTSD at some point in their life.

What’s the Link Between PTSD and Alcohol Use?

Symptoms of PTSD can be extremely difficult to cope with and often interfere with one’s ability to enjoy everyday life and perform normal tasks. Those who have PTSD and other mental health disorders like depression and generalized anxiety disorder commonly turn to drugs and alcohol to escape their symptoms, and to avoid coping. Roughly half of all people with a mental health disorder also have a substance use disorder, and vice versa.

Though alcohol may temporarily numb symptoms of PTSD, alcohol is not a treatment for this mental illness. Alcohol is shown to interact with several brain receptors and neurotransmitters that contribute to worsened mental health and PTSD. Also, drinking alcohol regularly to cope with PTSD increases the risk of tolerance, dependence, and addiction. In most instances, alcohol addiction must be treated at the same time as PTSD to help individuals experience long-term recovery.

What Are Other Reasons Veterans Drink Alcohol?

PTSD isn’t the only reason veterans may drink alcohol. Studies reveal that heavy alcohol consumption in the military has long been a cultural norm used for socializing, stress relief, and recreation. Veterans who served in the military for many years may have adopted the act of drinking for these reasons early on, and continued drinking after retiring from the military.

Veterans who became injured during war and combat may use alcohol to self-medicate symptoms of pain and discomfort. However, like with mental illness, alcohol may relieve these symptoms temporarily, but do not address or treat the root cause of the injury. Heavy alcohol use often leads to health issues, and interferes with the body’s healing process, since alcohol is found to deplete important nutrients including thiamin (vitamin B1), zinc, and folate (vitamin B9).

How Are Veterans Treated for Addiction at Alcohol Rehab?

Many alcohol rehab centers offer programs and therapies that cater specifically to veterans and their unique struggles. Veterans and military personnel often have their own support groups where they can speak openly and candidly about combat, their time at war, and why they started using drugs and alcohol. Some treatment centers also offer therapies that specifically address PTSD and trauma, such as trauma-focused cognitive-behavioral therapy (CBT).

In addition to these programs, veterans often receive the same treatments and therapies as others who are diagnosed with alcohol use disorder. Alcohol detox is the first stage of addiction treatment and manages the physical symptoms of alcohol withdrawal such as nausea, vomiting, tremors, sweating, and others. Alcohol detox helps patients overcome alcohol dependence and reduces the risk of complications like seizures and dehydration.

After alcohol detox, patients receive counseling and a range of behavioral therapies that address co-occurring disorders and addiction. With guidance from counselors and therapists, patients learn how to change harmful beliefs and behaviors surrounding alcohol addiction. They’ll also learn how to cope with PTSD, depression, and other mental health disorders using healthier methods that don’t involve the use of drugs and alcohol.

Summer House Detox Center offers alcohol detox in Florida to help veterans and others experience a safe, comfortable recovery from alcohol dependence. Alcohol detox at Summer House takes place in a luxury setting where patients can withdraw from alcohol while enjoying many quality amenities and services including yoga, acupuncture, and massage therapy. Patients who complete our alcohol detox program can be referred to an alcohol rehab center where they can receive counseling and behavioral therapy for addiction.