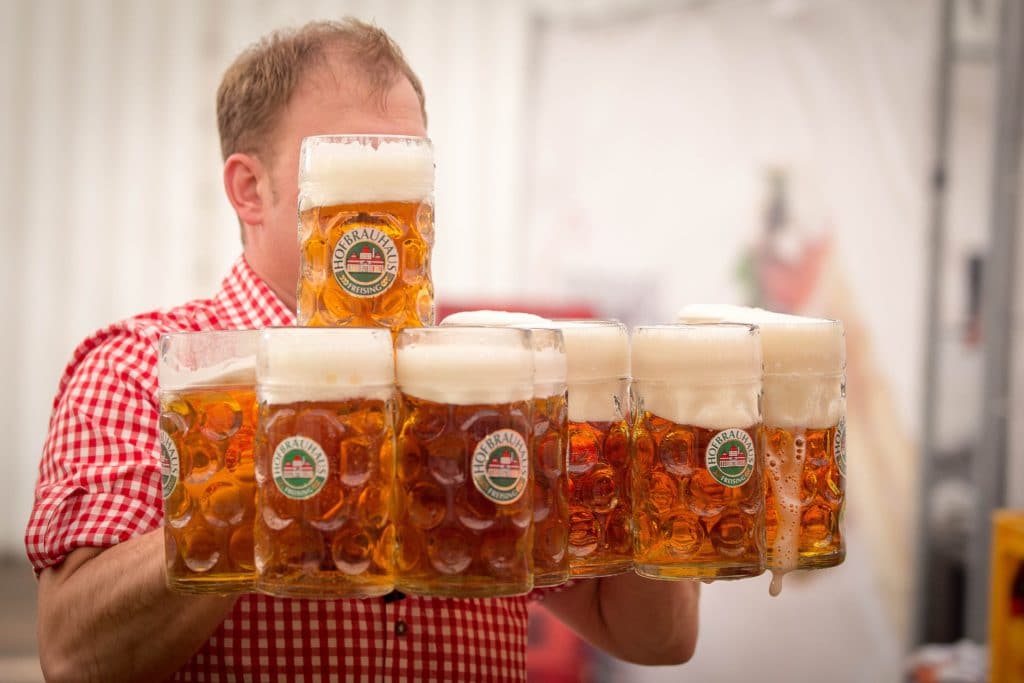 Binge drinking is the act of drinking high amounts of alcohol within a short period of time. Many people associate binge drinking with younger populations such as high school and college students, but binge drinking affects people of all ages, including older adults. How is binge drinking defined, exactly, and is this behavior a real sign of alcohol addiction?

Here’s everything you need to know about binge drinking, and what you can do if you think you or your loved one may have a drinking problem.

What is Defined as Binge Drinking?

Binge drinking can be defined in 2 ways, depending on who you ask. The National Institute on Alcohol Abuse and Alcoholism (NIAAA) defines binge drinking as a drinking pattern that raises your blood alcohol concentration (BAC) levels to 0.08 g/dL. This usually happens after 5 drinks for men and 4 drinks for women within a 2-hour period.

The Substance Abuse and Mental Health Services Administration (SAMHSA) defines binge drinking as consuming 5 or more alcoholic drinks if you’re a man and 4 or more alcoholic drinks if you’re a woman at the same time or within a few hours of each other on at least 1 day during the past month. SAMHSA also states that binge drinking on 5 or more days in the past month is defined as heavy alcohol use.

Some people define binge drinking as drinking until they blackout, or until they’re so intoxicated they can barely walk or function. Regardless of how a person defines binge drinking, this drinking behavior is extremely dangerous and increases the risk of accidents, alcohol addiction, and death. However, any type of drinking problem, including binge drinking, can be safely and successfully treated at an alcohol rehab center.

Facts and Statistics About Binge Drinking

The most telltale sign of binge drinking is consuming 4 or 5 drinks on a single occasion as defined by the NIAAA and SAMHSA. However, there are many other signs that can indicate binge drinking.

Common signs of binge drinking include:

What are the Dangers of Binge Drinking?

Binge drinking comes with many dangers and risks that can be damaging to your health and livelihood, as well as to that of others. The CDC regards binge drinking as a serious but preventable public health problem.

How Can Binge Drinking Turn into Alcohol Addiction?

Binge drinking can affect anyone on any single occasion, and can even happen accidentally and unintentionally. For instance, a person who doesn’t drink often or who drinks on an empty stomach can become intoxicated rather quickly and feel compelled to keep drinking on behalf of the euphoric effects produced by alcohol. That person may feel ashamed or guilty the next day and take steps to prevent binge drinking episodes in the future. However, binge drinking can turn into addiction when you do it on a frequent basis.

Alcohol dependence is characterized by the onset of withdrawal symptoms when you suddenly stop drinking alcohol or drink far smaller amounts than what you normally drink. It’s possible to be dependent on alcohol without being addicted to alcohol. However, alcohol dependence can turn into an addiction when your behaviors change in ways that cause you to prioritize drinking above all else.

Binge drinking can turn into alcohol addiction when you start practicing the following behaviors:

You experience alcohol withdrawal syndrome when drinking smaller amounts of alcohol or when stopping for one or more days.

If you feel that you or your loved one drinks too much or engages in binge drinking far too often, an alcohol rehab center can help change harmful beliefs and behaviors surrounding drinking. Alcohol rehab uses alcohol detox to help you safely stop drinking and withdraw from alcohol, and uses behavioral therapies to teach you important skills that support long-term abstinence from alcohol.

Alcohol is widely available in the U.S. and sometimes it’s difficult to avoid situations in which people are drinking alcohol. Behavioral therapy will teach you how to effectively manage and avoid triggers and situations that could lead to binge drinking. Substance abuse education and relapse prevention training are also used at alcohol rehab to help you understand the consequences of heavy alcohol use and why it benefits you to stay sober.

Summer House Detox Center offers alcohol detox in Florida so you can safely stop drinking and achieve a healthier, more fulfilling sober lifestyle while recovering in a luxury setting. We offer alcohol detox in West Palm Beach and provide all the tools required for your recovery. Our comprehensive alcohol rehab programs are customized for each individual patient to support a full recovery from alcohol addiction and binge drinking. Contact us today at 800-719-1090 to learn more about our available addiction treatments.