ERIC HAS BEEN SOBER FOR 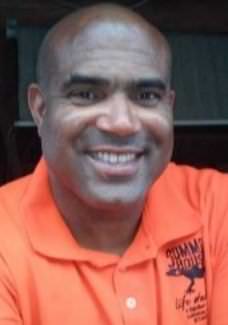 I grew up in a single parent household in Richmond, Virginia. My mother did everything she could to provide for me and she did! I was resentful at an early age because I didn’t have a father. I piggy backed off my cousins and friends and considered their dads as my own. They signed me up for little league football and did things with me that a dad should do. Since my dad wasn’t a part of my life, I became rebellious and acted out often. I started hanging with kids my mother didn’t want me to hang with and discovered marijuana and alcohol at the early age of 12. I had finally found my escape! My escape from all authority and all my resentments! Whenever I was feeling a certain way I would get high to escape what I was feeling. As time went on, and resentments and trouble came along, I got high! I would go to school high, leave school and get high! I played high school basketball and I would get high before games sometimes. Our team wasn’t that great, and my coach began coaching younger players to get them ready for next year which made me furious so I quit. When I turned my sneakers in, there was a sign over his door that said “Winners Never Quit and Quitters Never Win!” I was crushed, but my pride wouldn’t let me turn around and take my sneakers back. The pain, anger, and self-pity was a great excuse for me to turn to my one and only source of comfort, drugs.

I went to college at Virginia State University and the partying started. During my sophomore year I was introduced to Cocaine. I visited home one weekend and stopped by a friend’s house while they were free basing. I never saw such a thing. When I saw my friend blow the smoke out I was like wow I have to try this. I took my first hit and that was it, I was hooked! I was coming home weekly to smoke my new drug and I fantasized while in class about getting high, it consumed me! Eventually I was placed on academic probation and decided to take a semester off to “get myself together”…. but I never went back.

Working and getting high became consumed my life, so I decided to join the Army to get away from the coke before I ended up going to jail, which was something I really dreaded. I didn’t want to end up like some of my friends, I though I wasn’t at all like those people! So I joined the Army and found out this is where I am supposed to be. I have found my purpose. I knew I wasn’t a coke head, I was a soldier stuck in a coke head’s body. The coke was the problem, or so I thought. I met a woman after basic training and thought she was my soul mate. I married this woman after 3 months! Shortly after she became pregnant and I was going to be a dad, WOW! This woman knew nothing of my past drug use and I definitely wasn’t going to ruin her perception of me. I was a high speed soldier with a sharp uniform who my commanders loved because I was setting the example to my peers. I ended up in Desert Shield/Storm and received a combat patch to go along with my fast tracking up the ranks!

One day I was so upset with my wife and went into El Paso outside of Ft. Bliss and bought some coke. (This is what I would always do; get angry or resentful at someone or something, then go get some coke.) After being gone for 24 hours, I didn’t want my wife to think I cheated on her, so I was forced to be honest with her. It didn’t go over well, but she stuck with me. At that point, I made the decision to volunteer myself to go to Korea to “get away from the coke”.

I did well in Korea and was promoted to Sergeant! I then came home on mid-tour leave and bought more coke. My wife couldn’t believe it and neither could I! I went back to Korea and drank myself into blackouts…daily! Upon heading back stateside I was sent to Ft Hood, Texas. Eventually, I was promoted to Staff Sergeant and in 4 years I made E-6 fast tracking! My 1st Sergeant hated a young E-6 and he stayed on my butt. The anxiety of that lead me to do what I always had done in the past and I scored some coke. I ended up getting drug tested and it came back positive for cocaine. I was demoted to an E-5. I was crushed! I continued to get high and one day someone stole money out of my account. I took a lie detector test with the post police to prove it wasn’t me who took the money out and I flunked it. I really didn’t steal the money I was just very nervous when the test was conducted. Once again, I was demoted to an E-4 and placed back in the same platoon I was Platoon Sergeant for. The humiliation and anger kept me going back to coke, so I was eventually Court Martialed for failing on the urinalysis and falsifying statements to the bank. I was shackled and flew to Colorado to do my time in prison.

How could they?! I was SGT. KENNEY! I was crushed. While flying to Colorado my grandmother died and I was informed upon getting to the prison that I wasn’t going to be allowed to go to the funeral. What else could possibly happen to me?

I did my time and was discharged as an E-1 with a bad conduct discharge. Ammunition to continue on my coke binges! My wife eventually left me so I stayed with my mother and continued on my-self destructive path. I tried programs and psychiatric wards because there weren’t detox facilities in my town. I just couldn’t get it right. I was eventually introduced to Narcotics Anonymous while I was in a program. I remember the first time I heard someone tell a story very similar to mine. I thought wow, this guy speaking sounds like me, maybe I’m not as crazy as I think! Yet I still wasn’t willing to change everything, that was for sure. I was willing to stop the drinking and coke but never the weed! Are you crazy? I need my weed! I tried to just smoke weed but eventually I went back to the coke…shocker! I tried again and I made it to 90 days clean. I ended up meeting a woman and it was love at first sight. Not long after we met, we got married. Of course, I stopped going to meetings and working the program and I relapsed. At this point, I had enough. I needed to get away, so I opened the yellow pages and started looking for rehab programs in Florida. Hmm, South Florida? Yeah, that is where I need to go! I spoke with my wife and she was willing to support me so I could get the help I needed. Off to Florida I went. I was in detox for the first time ever because there were none in my home town like I said earlier. After only 5 days, mainly of sleep, I was sent to treatment. I did well with my therapist while I was there and he suggested I stay in Florida and live in a halfway house. My first thought was hell no! My thinking was still screwed up. All that went through my head was, I am married and I need to get back to Richmond. So I went back home to Virginia. I stayed clean for 4 months and eventually relapsed. My wife left me, so I headed back to Miami.

This time I became willing to take every suggestion offered…and I did! I finished treatment for a second time and humbled myself enough to go to a half-way house. I decided I wanted to stay clean and eventually work in the recovery field so I applied to Summer House and was hired after 6 months of clean time. My wife found out I was doing well and contacted me. We talked and had a long distance relationship for a while, but I wasn’t willing to leave Florida. My connection to the fellowship and my new job play a huge role in my recovery. After I made it to a year clean, my wife decided that she wanted her husband back, and she got him. She moved down to Miami with me and we now have a beautiful home together in South Florida! Truly a dream come true.

I now have 17 months of clean time and I still work at Summer House Detox Center. My life today is even more amazing than I could have ever imagined for myself and my family. Go figure, an addict like me changed his thinking and his life followed….